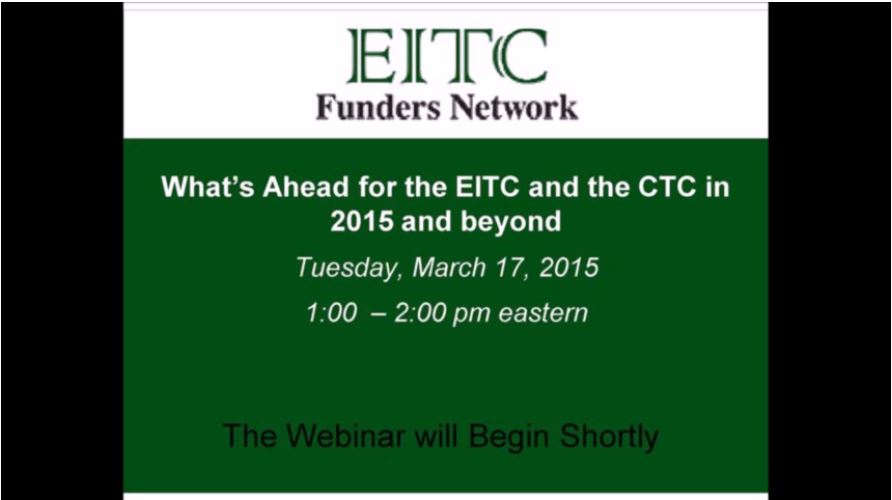 While both have enjoyed bipartisan support and are proven to be powerful tools for lifting families and children out of poverty, there are movements afoot to alter the federal EITC and CTC and to improve or scale back state EITCs, which could impact the lives of millions of Americans.

Erica Williams, Assistant Director of State Fiscal Research with the Center for Budget and Policy Priorities shared information about national and state policy efforts being considered to strengthen and sustain the EITC and CTC. During the webinar addressed the following questions: