Over the last several years, the EITC Funders Network has partnered with Grantmakers Concerned with Immigrants and Refugees (GCIR) on issues at the intersection of tax credit access, immigration status, and racial and ethnic equity. Although the EITC is no longer on the list of benefits and services under the recently issued public charge rule, the actual and potential impact of the rule on low-income immigrant families remains devastating.

We recently spoke with Kevin Douglas, Director of National Programs at GCIR, about the latest developments, how the public charge rule fits into the larger picture of recent government actions, and the ways funders can engage. 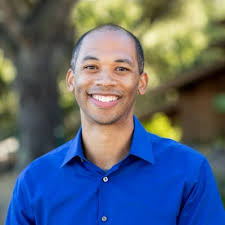 What does the most recent action on public charge mean for immigrant children and families?

On August 14th, the Department of Homeland Security published an extreme new public charge rule, by which immigrants can be denied a green card if they use certain programs that support their health and well-being, and individuals deemed likely to use such programs in the future can be blocked from entering the country, including family members of U.S. citizens. Essentially, this rule places lawful noncitizens in the impossible position of foregoing basic needs, such as food, housing, and health care, if they wish to continue their lives in the United States. The public charge rule is scheduled to go into effect on October 15th, pending the resolution of litigation challenging the rule.

How does this regulation fit into the context of recent immigration enforcement actions impacting immigrant communities?

The harsh new public charge rule is consistent with this administration’s three core strategies on immigration: 1) dehumanizing and demonizing immigrants through deceitful and destructive narratives; 2) forcing immigrants already here to leave through unilateral policy directives that increase arbitrary and punitive detention and deportation; and 3) preventing would-be asylees, refugees, and immigrants from entering the country on humanitarian or other grounds. This agenda, along with the president’s statements, have consistently targeted lower-income immigrants of color, making clear the hateful and narrow vision of America held by the administration. The regulation also fits into a larger troubling pattern of the administration flouting the Constitution and the system of checks and balances to execute its anti-immigrant agenda. Courts have repeatedly found its actions to be in violation of the law.

Why should foundations that invest in family economic security pay particular attention to this shift in policy?

Even before it was finalized, rumors of the impending public charge rule made immigrants of all statuses more fearful of seeking and receiving critical supports, such as Medicaid, Section 8 housing, and Supplemental Nutrition Assistance Program (SNAP), for fear of jeopardizing current or future green card status—regardless of whether the rule would actually apply to them or not. Research indicates that many immigrant households have preemptively disenrolled from public assistance programs, and others have refrained from applying.

Now that the rule has been finalized, it is expected to exacerbate this “chilling effect,” jeopardizing the health, well-being, and stability of millions of children and families. Public charge will force households to expend greater portions of their income on food, housing, and health care, likely driving many into unstable financial situations or debt, as well as limiting their ability to invest in savings and other asset building instruments.

What are some examples of the ways funders can engage on the public charge issue and, more generally, support and protect immigrant families and children?

To protect immigrant children and families, funders must address both immediate needs and invest in long-term strategies to institute systemic change and advance an affirmative vision of a society in which everyone can thrive no matter where they were born.

In the immediate term, funders can support the capacity of immigrant-facing groups to respond to the deluge of requests for information and services they are receiving. In particular, organizations must be able to maintain their core functions while also providing critical outreach and education to ensure that immigrants understand how the new public charge rule may affect them. Funders can also support litigation and advocacy efforts, underwrite studies to monitor and document the harm wrought by this rule, or support legal screenings and workshops.

In particular, anti-poverty funders, EITC Funders Network members among them, can help rebuild social safety net programs by supporting organizing, advocacy, and power and movement building. It is critically important for funders to apply a rigorous intersectional and racial equity lens to their grantmaking.

In the long term, philanthropy has a vital role to play in advancing a collaborative cross-sector strategy that not only rolls back these extreme policies but drives systemic change and envisions communities where families are safe and belonging is nurtured. The breakdown in our shared cultural beliefs about belonging in America created the conditions that allowed for this public charge rule and the recent family separation crisis at our southern border; it has also paved the way for future offenses, including the soon-to-be released Department of Justice rule expanding deportability on similar public charge grounds.

GCIR is committed to helping funders delve deeper than the news headlines, understand the implications for their grantmaking agendas, and identify the most impactful funding strategies. Refer to our recent brief, Protecting Families and Advancing Belonging: How Philanthropy Can Answer Threats to the Well-Being of Immigrants, or contact me to learn more. We also invite you to read GCIR President Daranee Petsod’s recent message on public charge, The New Public Charge Rule and the Threat to Our Democracy.