Interview with a Researcher

The Center on Budget and Policy Priorities (CBPP) recently released a brief that discusses ways state EITCs make work pay for people of color and women. We followed up with Erica Williams, Senior Director of State Policy Initiatives, to learn more about the role of tax credits in helping to advance racial and gender equity and how state tax policy choices can help ensure more broadly shared prosperity. 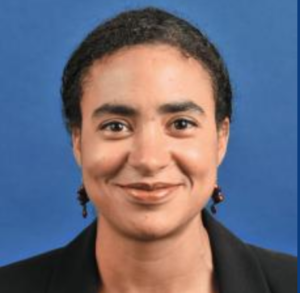 What’s the role of state tax credits in helping to advance racial and gender equity?

People of color and women are overrepresented in low-wage work in our country. African American and Latino workers are more likely than white workers to earn poverty-level wages. Women constitute half of the total workforce, but represent three out of five workers in occupations with low pay. And African American and Latino women comprise almost twice as big a share of the low-wage workforce as they do the workforce as a whole. On top of this reality, state and local tax systems ask more in taxes as a share of income from households with low incomes than from upper-income households. This imbalance reflects states’ heavy reliance on sales, excise, and property taxes, all of which fall more heavily on families with lower incomes.

State earned income tax credits (EITCs) are one important tool we have in states to help offset the full range of state and local taxes low-income households pay and to help people of color and women share more fully in economic growth. State EITCs build on the success of the federal credit by encouraging work, increasing earnings, and reducing hardships for working households. In addition, research has shown that tax credits can have positive impacts across the lifespan. Studies suggest, for example, that tax credits can have a positive impact on maternal and infant health and can help children go further in school and boost future earnings.

What are some of the ways state and local fiscal policy choices have helped create and perpetuate disparities in opportunity?

A tax-cutting agenda shaped by — and primarily benefitting — the highest-income households and profitable corporations has long dominated in many states. These tax cuts have typically failed to produce economic benefits for the broad majority, and they have squandered resources that states could otherwise have invested in shared opportunity. Much of the economic gains of recent decades has accrued to a small number of wealthy Americans; people of color and women have plateaued at best.

We also know that racism is hardwired into all of our systems, and our system of state and local fiscal policies and practices is no exception. For example, many states have limits on the ability of local governments to raise property tax rates. These limits have implications for the ability of local governments to pay for critical services such as schools. In several southern states, these limits were adopted in the 1870’s and 1880’s in direct response to the short-lived Reconstruction Era alliances of freed black people, northern abolitionists, whites unaligned with the former slave-holding elite trying to raise taxes to make desperately needed public investments in order to rebuild the south and to extend services to newly freed black people. The limits on local governments were one tool for establishing white supremacy when the backlash to those alliances came into full force. In several states, these same property tax limits continue to exist and to exacerbate disparities by race and to limit the ability of local law makers to break the down the barriers faced by people of color.

Tax policy choices of the past helped to create disparities and barriers that people of color face, but tax policy choices can also be employed to tear those barriers down. Ensuring broad opportunity and prosperity yields gains for everyone, but it won’t happen by chance. Smart state fiscal policies can play a critical role in building strong, equitable state economies.

What can states do to ensure more broadly shared and equitable prosperity in the wake of the recent federal tax cuts?

The nearly $2 trillion in recently adopted federal tax cuts was skewed to the very richest households and corporations. In all but three states, the top one percent captured more of the tax cuts than the bottom 60 percent. We know that people at the top end of the income spectrum and corporate shareholders are predominantly white and that people of color are overrepresented at the low-end of the income spectrum. So the benefits of the tax cuts are overwhelmingly going to the wealthy, white few.

The new tax law also did some harm to households struggling to get by. The tax law balloons deficits and puts us in the position of talking about how to cut spending to reduce deficits. There are already targets on the backs of some of our most important economic security programs. In addition, the tax cuts changed the tax code’s inflation adjustment, which over time, will result in an erosion of the value of federal and state EITCs.

The good news is that states have a lot of options for mitigating some of the harm done by the federal tax cuts and capturing some of the benefits that are going to the top by improving their own tax systems and using the revenue to make the kinds of public investments that are foundational for stronger and more equitable state economies.

For example, getting rid of ineffective, special interest tax breaks, incentives, and loopholes and asking the wealthiest to pay their share would free up new dollars for education, income supports, and infrastructure projects. Modernizing state sales taxes and leveling the playing field between online and brick-and-mortar businesses would raise billions of dollars for key priorities. Taxing carbon pollution and resource extraction would raise money for key public investments while also counteracting the effects of climate change on communities with limited financial resources. And, as mentioned above, states can adopt and expand state EITCs to offset the erosion of the federal credit over time and to promote opportunity and equity.