The Niskanen Center, which launched operations in January 2015, is a nonpartisan 501(c)(3) think tank that works to promote an open society through active engagement in the war of ideas and direct engagement in the policymaking process. 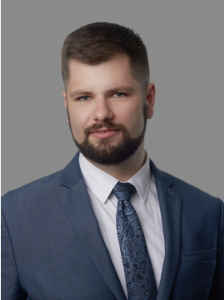 Can you share the key takeaways from your research on the community and economic impacts of the CTC expansion?
Are there any important nuances or variations in the overall findings that are important to call forward?

There has been much written about the impact of the Child Tax Credit expansion on rates of child poverty, including in our own work. And indeed, a 40% reduction in child poverty is nothing to sneeze at. Nevertheless, child benefits like the CTC also have broader economic and community impacts that a narrow focus on poverty alleviation can risk neglecting. Our research aimed to put numbers to that broader impact by estimating the amount of CTC dollars now flowing to each state, and what that implies for local economic activity. After all, households with children have greater expenses, suggesting benefits like the CTC get spent back into the economy, particularly within lower-income households living pay-check to pay-check. That spending fuels job and business creation, and indeed the international evidence suggests child benefits are a particular potent form of economic stimulus. When Canada expanded its child benefit in 2016, for example, the Bank of Canada reported that it was driving unexpectedly strong employment growth. Coming out of the Covid recession, we therefore see the potential for the CTC expansion to do the same in the US.
We thus modeled the CTC expansion to account for the greater consumption rate of lower-income households and households with children. Our top-line findings confirmed our initial suspicion. We found that — at the national level — the CTC expansion will drive at least $27.6 billion in new consumer spending across the fiscal year, leading to $1.9 billion in new state and local sales tax revenues, and supporting the equivalent of 500,000 full-time jobs at the median wage.

Why is this work important now?

Understanding the CTC’s broader economic impact is important for informing the legislative discussion around its extension. The anti-poverty and racial justice aspects of a fully-refundable CTC are not to be minimized. But at the same time, with so many different stakeholders involved in the debate, it’s important for researchers and advocates to appeal to multiple different values and interests at once. Our past writing on the CTC, for instance, has aimed to make the conservative case for a child allowanceas a non-bureaucratic way to support strong families. Explaining the broader economic impact of the CTC can likewise tap into broader themes like promoting a robust economic recovery or flexible access to child care.

Is there anything specific that you would like to call attention
to for philanthropic leaders based on the Key Takeaways of your report?

Much like how we have approached communicating the value of the CTC, I think it’s important for philanthropic leaders to not be hemmed in by a single narrative or framing. Durable social change requires stakeholders from multiple perspectives converging around a common solution. In our work, we refer to this as “transpartisanship” in contrast to “bipartisanship.” If bipartisanship often entails a “split-the-difference” compromise, transpartisanship is when different stakeholders arrive at a common solution because it appeals to a plurality of perspectives. A child allowance is the textbook example, but the history of the EITC is similar. Support for the EITC would not be so long standing if it wasn’t simultaneously appealing as a both anti-poverty tool and as a work incentive. On the funding side, I think that means being open to making many small bets, including on people or organizations with different worldviews who are nonetheless directionally aligned.

What surprised you about the research findings?

The biggest surprise to me is how large of an impact the CTC has on the rural economy. The shift of economic production to cities over the last two decades has left many rural communities starved for resources. Rural decline is thus on some level a byproduct of inadequate demand. Our report finds that the CTC expansion has an outsized impact on the relative purchasing power of rural communities. For a rural state like Idaho, for example, the total value of the CTC is now 1.8% of their state economy. In Mississippi, meanwhile, just the expanded portion of the CTC is equal to 1% of their state GDP. The CTC is thus an enormous infusion of resources for communities that otherwise have limited economic opportunity. And because the CTC is cash, as that money is spent back into the local economy, we may even see a broader revitalization of communities that have otherwise been left behind.

What don’t we know?
What other questions do you think we should be asking related to tax credits for families when doing additional research?

The US Census Bureau does a monthly Household Pulse survey. Just two weeks after the first CTC checks were sent in mid-July, their survey found significant reductions in food insecurity and improvements in the ability of families to afford basic expenses. I was surprised to see the impact felt so quickly. Going forward, I am curious to understand the interaction of the monthly CTC with other programs. Medicaid expansions, for example, have been found to reduce reliance on payday lenders. Perhaps the monthly CTC will have a similar effect, and thereby reduce household indebtedness. Similarly, studies of the SNAP program have looked into the optimal timing for dispersing SNAP benefits — do you issue them at the beginning of the month or the end, or stagger them across the month so grocery stores don’t over-crowd? In turn, researchers have discovered those timing variables can have surprising impacts on things like test scores and petty crime. How will the monthly CTC benefit affect those findings, if at all? Will it help SNAP recipients smooth their consumption even more? Will children experience improved health and educational outcomes longer-term? These all seem like ripe areas for investigation.