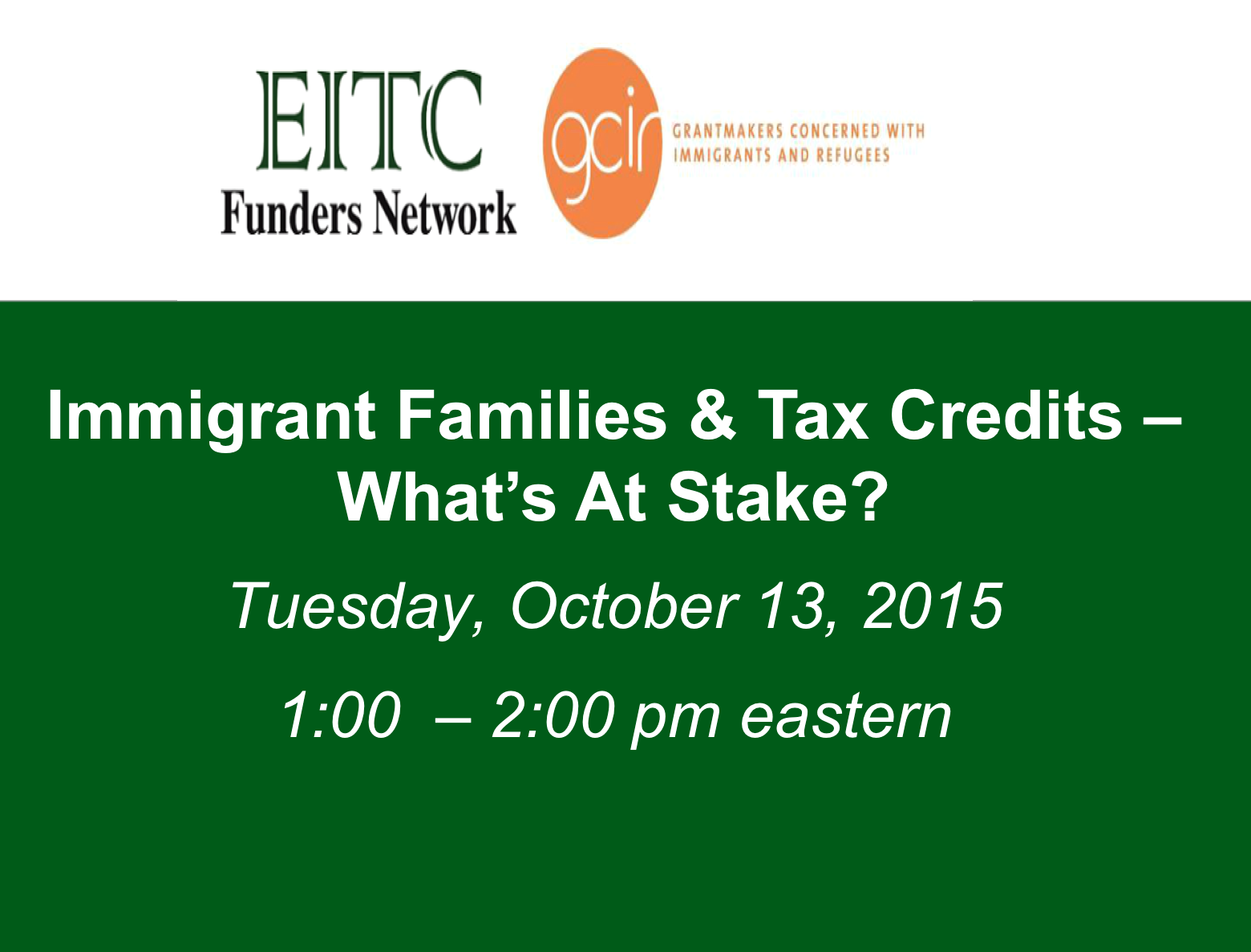 The Earned Income Tax Credit (EITC) and the Child Tax Credit (CTC) are widely recognized as critical income supports for millions of low-income families. Despite paying taxes, many otherwise eligible immigrant families are denied participation in the EITC. Over the past few years, there have been repeated congressional efforts to also deny these families eligibility for the CTC and its refundable component, the Additional ChildTax Credit (ACTC). In the context of the upcoming tax extension deliberations, proposals limiting access are likely to surface again.

Materials from the webinar: