New Report Looks at the Likely Impact of the Refund Delay 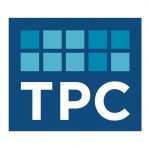 The Tax Policy Center has released a report on the impact of the EITC refund delay mandated by the PATH Act (the Act requires the IRS to delay refunds for tax filers who claim the EITC or additional child tax credit until at least February 15). Using IRS data, a survey of low-income tax filers, and interviews with tax preparers, the report authors assess the likely extent of the impact as well as the ways in which a delay may impact tax filers.

The report’s authors lay out the following findings: