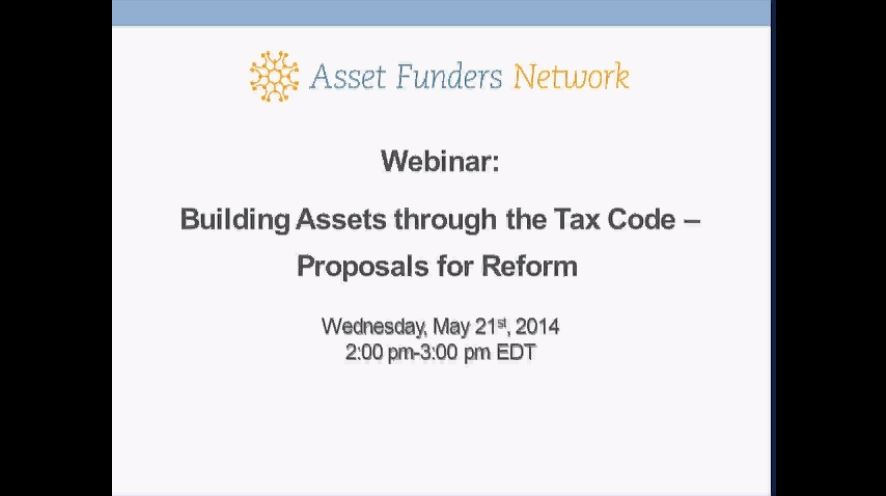 This webinar explored ways to expand the financial security of low- and moderate-income families through reform of the U.S. tax code. The call featured presentations from stakeholders deeply engaged in advancing a range of tax policy solutions, with a particular focus on the policy agenda emerging from the Tax Policy Advisory Group of the Asset Funders Network/Tax Policy Project.