In August 2019, the Department of Homeland Security finalized its “public charge regulation,” which will go into effect on October 15th, 2019. Under this rule, immigrants seeking admission to the U.S. or applying for lawful permanent residency can be denied if family members, including U.S. citizen children, receive public benefits for which they are eligible. Tax credits, which were named in previous drafts of the rule, are no longer part of the list of benefits; however, the potential impacts of this rule remain devastating.
———

Under a newly proposed federal rule, immigrants seeking admission to the U.S. or applying for lawful permanent residency could be denied if family members, including U.S. citizen children, receive public benefits for which they are eligible under federal law. These new “public charge” rules are not yet final and may shift before being officially proposed for public comment. However, if implemented, the potential impact on low-income immigrant families and their children could be devastating, and it is essential that advocates and funders are aware and prepared to respond.

We recently spoke with Laura Speer, Associate Director of Policy Reform and Advocacy at The Annie E. Casey Foundation about the proposed public charge rules; why foundations should pay attention to this rulemaking process; and how funders can support immigrant families and children in a shifting policy landscape. 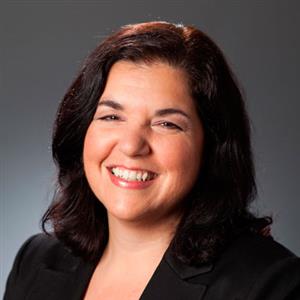 Why should foundations that invest in family economic security pay particular attention to the proposed ‘public charge’ rules? Why is The Annie E. Casey engaging in this issue?

Children in immigrant families comprise about one quarter of the children in the United States. Those 18 million children are an essential part of our nation’s future. We, in the philanthropic community, have spent a lot of time and investment to try to ensure that all children and families have the opportunity to thrive and live in healthy, stable families and communities. Regulations like this one would definitively set us back.

Casey is an organization devoted to improving child well-being and we know that these kinds of threats to immigrant communities have a huge impact on the results we want to achieve with our grantmaking. And we also know that the threat is much bigger than this one proposed rule. We are committed to being a part of the broader effort to advocate for the safety and protection of children in immigrant families.

How does the threat of the new public charge regulation fit into the context of recent immigration enforcement actions impacting immigrant families and children?

The proposed rule fits squarely into a broader set of recent policies and actions restricting the ability of immigrants to attain legal status and targeting critical access to public benefits on which low-income families rely. These policies make it even more difficult for families to ensure their children have what they need to thrive and get ahead, and also have the dangerous effect of increasing the level of fear in immigrant communities.

What is the importance of the inclusion of the EITC within this proposed regulation?

All wage earners must pay federal taxes regardless of immigration status. Some legally present workers and undocumented workers who are ineligible for a Social Security Numbers file taxes with Individual Taxpayer Identification Numbers (ITINs). Adding the EITC to the “public charge” definition (though ITIN filers are already ineligible for the EITC) represents a dramatic shift in policy and would contribute to the growing chilling effects within immigrant communities. There is already a high level of fear about accessing public benefits. Including the EITC in this list could increase trepidation about engaging in the tax process for all immigrants, including those legal permanent residents with social security numbers. The fear would be magnified for immigrants filing their taxes with ITIN numbers.

What are some examples of the ways funders can engage on the ‘public charge’ issue and, more generally, support and protect immigrant families and children?

It’s important that funders communicate to their grantees about what’s happening with this issue and other policies and regulations that impact immigrant families. We have to be careful to not contribute to the chilling effect, but we do want communities to know what is happening. The National Immigration Law Center has a useful factsheet on things to keep in mind when talking with immigrant families about public charge.

Casey is also a funder of the Protecting Immigrant Families Campaign, co-led by NILC and CLASP. This coalition of over 90 active members brings together advocates for immigrants, children, education, health, anti-hunger, and anti-poverty. In addition to organizing around the public charge issue, the campaign is working to lay the foundation for a national dialogue around supporting and protecting immigrant families.

In addition, foundations can express their thoughts about the public charge measure and how it will impact families in their communities, including submitting comments on proposed regulations. Once the rule is released, Casey will be submitting comments and we would encourage other funders to do the same. If you are interested in learning more about the rules around philanthropy and advocacy under current tax law, the Alliance for Justice has published a Philanthropy Advocacy Playbook. I am also happy to talk to funders individually about the comment process.