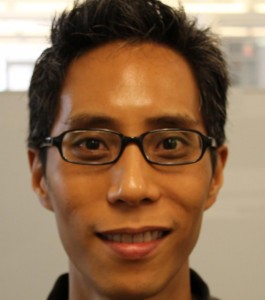 unenrolled, but eligible low-income New Yorkers in the EITC and other public benefits. We recently sat down with Robin Hood Managing Director Steven Lee to learn more about the Foundation’s “Billion Dollar Challenge.”

What is “The Billion Dollar Challenge” and what are the problems it aims to address?

The campaign’s objective is to work with the New York community to connect hundreds of thousands of eligible, but unenrolled low-income New Yorkers to the Earned Income Tax Credit (EITC), the Child Tax Credit (CTC), the Supplemental Nutrition Assistance Program (SNAP) and the Women, Infants, and Children Program (WIC).

New York’s poverty statistics are stark. Almost two million New Yorkers, including more than 500,000 children, live in poverty. And forty percent of New Yorkers suffer material hardship – or the inability to meet basic needs – in any given year. Yet, we know that solutions exist, and none more potent and consensus-blessed than the EITC and SNAP.

Still, too many New Yorkers – and Americans, in general – don’t claim these important benefits. In New York City alone, one in seven low-income New Yorkers (approximately 250,000 individuals) are eligible for the EITC but are not enrolled, and one in four low-income New Yorkers (about 500,000 individuals) are eligible for SNAP but don’t receive the benefit. We estimate that over $1 billion in federally available cash isn’t going into the pockets of hundreds of thousands of New Yorkers who really need it.

Tell us about the research you have done to better understand the barriers that keep families from claiming credits and benefits. And how does this initiative aim to address them?

Our research tells us that obstacles to program enrollment abound and can range from administrative hurtles, lack of awareness, and language barriers to stigma and fears of deportation. This campaign is designed to break down the barriers – perceived and real – that limit access for eligible New Yorkers.

Removing or minimizing barriers is a major task and will take a coalition of stakeholders working collaboratively. For us as a charitable foundation, this will mean using our grantmaking as a core strategy, but also working collaboratively with key partners. Over the next three years, we plan to partner with the City to reduce administrative barriers and technology partners to simplify the processes that determine eligibility. We’ll collaborate with the public and non-profit partners to help streamline the application process and work with telecommunication firms to offer translation free of charge. We’ll partner with marketing firms to craft messages that promote the campaign and learn from behavioral economists on how to best to incent positive action. We’ll use data analytics to identify the characteristics of eligible, but unenrolled population and micro-targeted outreach to ensure they receive the message.

How can other grantmakers and communities learn from these efforts?

We will rigorously document the impact of our efforts and scrupulously monitor its cost. Over the next three years (2016-2018), our goal is to put $500 million new dollars in the pockets of low-income New Yorkers by enrolling at least half of the eligible, unenrolled population in EITC, SNAP, CTC and WIC. An enrollment campaign of this scale is unprecedented, and we are hopeful that this campaign can serve as a blueprint for other efforts and localities.

What topics or issues would be interested to talk with your funder-colleagues about?

Robin Hood is by no means the first organization to run an EITC campaign. We are always interested in learning best practices and strategies from our colleagues in other parts of the country. What campaigns have you seen that have proven successful? How do you know they were successful? Has anyone attempted a data-driven customer segmentation analysis to target the eligible unenrolled? Any successful marketing campaigns that you’ve seen? What are best practices in engaging the government sector? Should we engage the private sector in our efforts?

Correction: An earlier version of this post incorrectly stated that the number of children living under the poverty line in New York City was 40,000. The number has been corrected to more than 500,000.