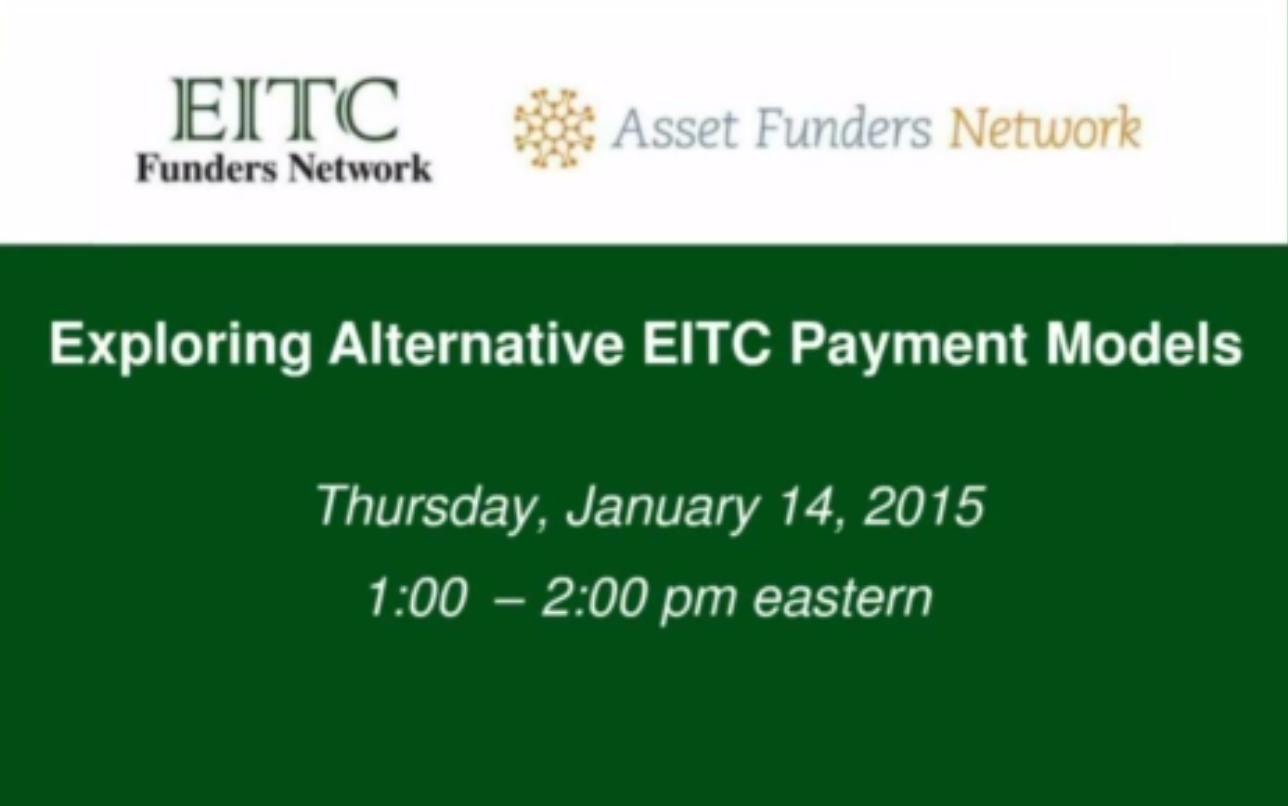 On January 14th, the EITC Funders Network and Asset Funders Network co-hosted a webinar for funders and philanthropic advisors to learn more about the context for exploring payment alternatives (including lessons learned from the underutilized, former Advance EITC option), the recent proposals and pilots that have emerged, and the role of funders in exploring both the ideas behind and the logistics around periodic payment proposals.

Over the past forty years, the EITC has become established as one of our nation’s most effective antipoverty programs. In 2013, over 27 million working families and individuals received the EITC, and 9 million were lifted out of poverty. The federal tax credit has been shown over and over to encourage and reward work, boost incomes, and offset federal payroll and income taxes.

For its most of its history, the EITC has been delivered one way — a lump sum payment at tax time. New research suggests different delivery methods could promote family financial stability and, in some cases, help grow family assets. A number of recent proposals are taking closer look at the timing of EITC delivery, proposing alternatives to the lump-sum payment model. A pilot project in Chicago led by the Center for Economic Progress explored quarterly EITC delivery in advance of the tax filing deadline; the Center for American Progress has proposed an early partial refund; and the CFED Rainy Day EITC proposes a partial deferral plus a savings match.