Focus on States and Localities: Regional Impacts of the Tax Credit Recommendations

Proposals around preserving and building on the effectiveness of the EITC are still being discussed in Congress. The Brookings Institute has released a new analysis that estimates the regional impact of two of the main recommendations being discussed: preserving two key provisions if the EITC set to expire in 2017 and filling a gap for workers without qualifying children. As the report shows, states and localities with higher than average shares of married couples and families would be hardest hit if the tax credit provisions expire. 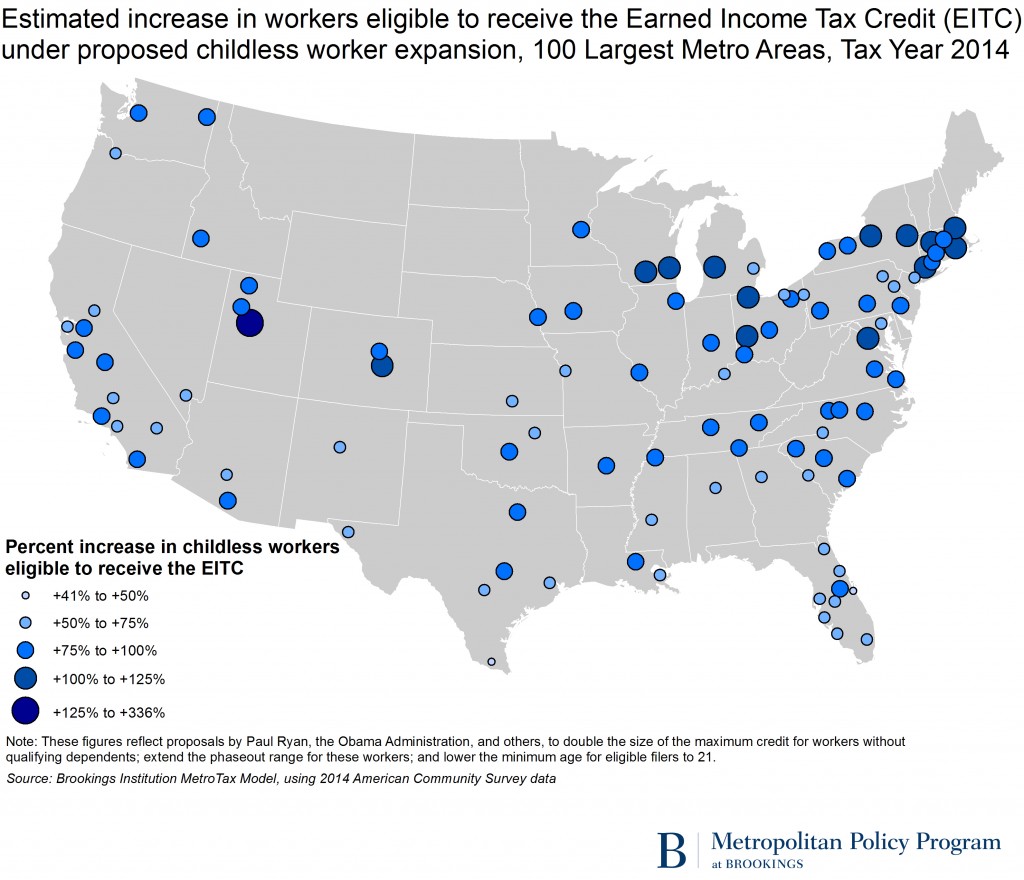