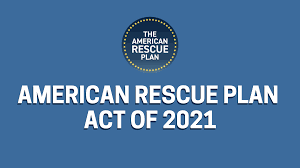 We are thrilled that the American Rescue Plan Act (ARPA) has been signed into law. This has huge implications for the field and for families living in poverty. Take a look at the information below to learn more about the ARPA and what your organization can do to help.

We’ll be updating this page periodically. Please contact us with any additional resources.

Changes to tax credits for low-income households in the American Rescue Plan Act (ARPA) are estimated to decrease child poverty by almost 50%.  This dramatic decline in child poverty can only be obtained if we—including philanthropy—work across sectors to ensure that every family is able to enroll.  This page provides a short overview of the credits, the changes in the ARPA, strategies for philanthropy, and additional resources.

This list of strategies was developed by the EITC Funders Network in conjunction with our network members. Here are some ways funders are doing their part to help with implementation of the ARPA.

Near-term Suggestions – given the import of tax credits and the recent expansion of federal EITC and CTC many families will not know they are eligible and will not fill out needed paperwork to receive the credits. In the near-term, we need to focus on aggressive outreach and engagement strategies.

Medium- and Long-term Suggestions – ensuring that every eligible family applies for and receives the tax credits helps to set the stage for continued public and private investment and continued tax credit expansions and modernizations.

The ARPA provides a substantial expansion of the EITC for low-wage workers who are not raising children in their home, which nearly triples the maximum benefit for those workers from $543 to $1,502. The bill also allows childless workers who are ages 19 to 24, and those who are over age 64, to claim the EITC, among other improvements.

The ARPA changes the way the CTC is calculated in three important ways.  The maximum credit increases from $2,000 for each child under age 17 to $3,000 for those ages 6 to 17 and $3,600 for younger children.  The CTC will be fully refundable. Low-income parents will qualify for the full benefit even if they do not work. This piece is key for the lowest income children.  Children aged 17 will be eligible for the refundable benefit. Previously they were allowed no more than $500—the same amount that is still available for families with older children. And it was nonrefundable– it could only be used to offset taxes. For the first time, families will be able to receive the CTC monthly (starting in July 2021). The IRS estimates that 88% of eligible families are already in the system and will not need to fill out additional paperwork to enroll. However, that leaves 12% who are not currently part of the system—the hardest to reach families—who will need to enroll to receive the benefits.