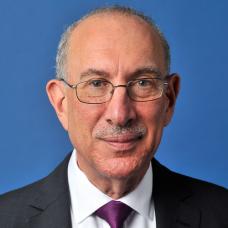 What does recent research tell us about the impact of the EITC, especially in the two-generation framework?

Together with the low-income component of the Child Tax Credit (CTC), the EITC is one of our nation’s most effective anti-poverty programs. Estimates that compare families’ incomes with the EITC and Child Tax Credit to their incomes without it find that the working family tax credits lifted about 9 million people out of poverty (including 5 million children) in 2013.

Impressive as these numbers are, recent research out of the University of California finds that these numbers likely understate the impact of the EITC. A robust body of research has already established the EITC’s strong effects of bringing more potential workers into the labor market. Economist Hilary Hoynes’s new analysis finds that when income gains from increased employment are factored in, the EITC’s poverty-reduction impact is substantially larger than previously understood.

In addition, recent groundbreaking research suggests that income from these tax credits not only decreases poverty and increases work for parents now, but also benefits children when they grow into adults and throughout their lives. The EITC is now linked with more prenatal care, less maternal stress, and better infant health. The EITC is directly linked to significant improvement in children’s test scores in school. Additional research shows that this then leads to higher high school graduation rates and college attendance rates, which in turn are linked to increased earnings in adulthood.

In the conclusion to the new report recently released by GCYF, GIST and the EITC Funders Network, Patrick McCarthy of the Annie E. Casey Foundation describes the EITC as “not just a safety net for low wages, but also as a ladder of opportunity for children in low-income families.” This is at the heart of what we talk about when we use the two-generation framework.

We understand that key provisions of the EITC and the low-income component of the CTC are set to expire in 2017. What’s at stake?

Several critical provisions of the CTC and the EITC are not permanent law. If they are not made permanent, 16 million people (including 8 million children) will be pushed either into poverty or deeper into poverty.

Both tax credits have enjoyed bipartisan support and their basic provisions are embedded within the tax code. But several key features – having the CTC kick in once a family’s earnings surpass $3,000 (rather than not until a family’s earnings reach four to five times that amount), EITC “marriage penalty” relief, and a larger credit for families with two or more children – are set to expire at the end of 2017.

Stakes are high for working families. For instance, if these provisions are allowed to expire, the amount of earnings a family needs before it can qualify for even one dollar in the CTC will jump from $3,000 to $14,600. This means that a single parent working full time at the federal minimum wage of $7.25/hour — and earning $14,500 per year — would lose her entire CTC of $1,725. The millions of low-income working families that would be impacted if these three tax credit provisions expire would lose on average about $1,070 per year.

We have an opportunity to make these crucial provisions permanent as well as to plug a glaring hole in the tiny EITC for poor childless adults and noncustodial parents. These workers are the only group that the federal tax system taxes into or deeper into poverty. Substantially expanding the “childless workers” EITC — and extending this component of the EITC to young people aged 21-24 who work for low wages, a group now ineligible for the childless workers’ EITC — hold strong promises of boosting employment and reducing poverty.

What are the takeaways for funders?

The key takeaway is that the refundable credits for low-income working families are enormously valuable and effective in multiple respects: easing poverty and deprivation; leading more parents to work; and improving the health status, educational attainment, and earnings prospects of children as they grow up. This leads to the question of how interested funders can help.

I think there are several aspects to that. First, funders — especially community foundations and other local and regional funders — can support free tax preparation assistance sites in low-income areas. These sites play important roles: families using them avoid having to pay significant tax preparation fees and are more likely to have accurate EITC claims filed on their behalf. (Treasury studies have shown that EITC claims filed by the free tax-preparation sites have, by far, the highest degree of accuracy and lowest rates of error of all EITC returns.) In addition, the presence of such sites likely increases the percentage of eligible low-income families in the area who file tax returns and receive the refundable tax credit benefits for which they qualify.

Second, public education, civic engagement, and advocacy on these issues are very important. Funders can support efforts to establish state EITCs in more states and to strengthen existing state EITCs. They can also support efforts to build more support in states and localities across the country both for making permanent the EITC and CTC improvements scheduled to expire at the end of 2017 (unless that is accomplished in year-end legislation in December 2015) and for substantially expanding the small EITC for low-income workers not raising minor children.