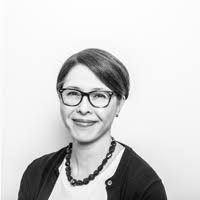 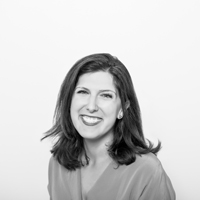 Tell us about Tax Justice is Gender Justice, the new series of reports on achieving gender and racial equity by harnessing the power of the U.S. Tax Code. How does this work fit into the National Women’s Law Center’s mission?

Taxes play a fundamental and underappreciated role in women’s economic security. The tax code funds our collective priorities and helps set the rules that shape our economy. It rewards and incentivizes certain behaviors and family structures, and penalizes others. It plays a pivotal role in widening or lessening inequality and in enabling families to build wealth.

None of these functions is race- or gender-neutral.

These reports – created in partnership with the Groundwork Collaborative, the Roosevelt Institute, and the Georgetown Center on Poverty and Inequality – are an effort to bring to light the ways in which the tax code has the power to both further and to mitigate existing inequities.

We came to the work with interlocking goals and audiences. We want to engage allies in the tax and economic policy space in centering gender and racial equity, and we want our allies in the women’s movement to understand taxes as a pivotal policy area in the work toward gender justice.

Can you provide some examples of ways in which racial and gender biases are embedded in the current tax code?

If you look at the tax code as a social document, it tells us about the values and biases of those who have shaped it. There are, for example, embedded assumptions around who goes to work and who provides care. There is also a lack of recognition of the historical structures and present-day barriers that prevent people from reaching their full economic potential.

As an example, the “family” tax-filing unit is based on a married, heterosexual couple with children, presumably with a male breadwinner. There is preferential treatment for the income of the primary breadwinner and a higher tax cost imposed on the incomes of secondary-earner spouses, who are more likely to be women. But this model doesn’t fit most households – or even most married couples – today.

The tax code also makes outdated assumptions about what is a legitimate work-related expense. Legal fees to defend against bribery are tax deductible, but low-income parents who NEED child care to work cannot access meaningful tax assistance for caregiving. None of these pieces of tax policy explicitly say that we are treating women differently, or treating dual earners differently. But the assumptions and preferences embedded in these policies have real world impacts.

Another interesting example is the disparate treatment of work-related loss compensation. Worker’s compensation awards, which are damages received for physical injuries at the workplace, are not taxable income for the workers who receive them. In contrast, damages received for workplace discrimination are taxed. Considering that the former is more likely to be claimed by men and the latter by women, people of color, and those with disabilities, the way the tax code treats these remedies says something about whose labor we value and whose workplace pain and suffering we believe worthy of compensation.

Perhaps the starkest disparity occurs around tax benefits for homeownership, which is an incredibly important source of wealth for families. Drawing on the analysis from our colleagues at Prosperity Now, the Institute on Taxation and Economic Policy (ITEP), and the Closing the Women’s Wealth Gap coalition, we know that women and households of color receive less from tax subsidies for homeownership. This is because they are less likely to own homes, and when they do own them, the values tend to be lower. This isn’t an accident. Public and private barriers to homeownership for people of color and women – from redlining and blockbusting to coverture laws that limited women’s property rights – shaped this landscape. Our modern-day tax code enshrines it. Today, we’re at a place in our tax code where we provide billions in tax deductions for secondary/vacation homes, while lawmakers cry “deficit” when it’s time to invest in rental assistance for low-income families.

While our paper points out specific disparities such as these, it was not intended to take a top to bottom look at the tax code and find every instance of inequitable treatment (and design a solution for every such provision). Rather, we provide recommendations on accessing the data and creating the tools for lawmakers to be more thoughtful in evaluating whether current and proposed tax provisions move the tax code toward equity and not away from it.

How do low taxes on corporations and the wealthy impact women’s economic opportunity?

The most well-known way that low taxes on corporations and the wealthy impact women’s economic security is by foregoing massive amounts of revenue that could instead support gender justice priorities such as child care and paid leave. This report underscores that point, but also notes that before a cent of revenue is even collected, low taxes on the wealthy are already shaping economic behaviors in ways that have negative downstream impacts on people with low and moderate incomes, particularly women and people of color.

Taxes, for instance, can shape the way companies structure employment in ways that further pay and power disparities. Given that women are two-thirds of the workers in the lowest paying jobs, this has major implications for their economic security.

A new 20 percent deduction for certain “pass through” income, which was enacted through the Tax Cuts and Jobs Act, allows the profits from sole proprietorships, partnerships, and others to be taxed at the individual level (the profits “pass through” to the business owners). This deduction is not only heavily tilted toward the wealthy (61 percent of the benefits go to the richest 1 percent), but it also creates an incentive for employers to rely more heavily on independent contractors, as opposed to employees, or even to misclassify employees as independent contractors. There are substantial drawbacks for vulnerable populations who work as independent contractors rather than as employees, including the lack of minimum wage and overtime protections under the Fair Labor Standards Act (FLSA) as well as the lack of discrimination protection under Title VII of the Civil Rights Act of 1964, including legal protections against sexual harassment.

Another example of the tax code’s downstream impact is the tax code’s preferential treatment of debt, which has been one of the factors fueling the rise of predatory practices by private equity firms in recent years. Using tax-preferred debt, private equity firms have taken over and restructured several companies that then went on to file for bankruptcy and issue massive layoffs. The retail sector – where low-income women and people of color are over-represented in the workforce – has been hit especially hard. Research from the Center for Popular Democracy shows that 10 of the 14 largest retail chain bankruptcies since 2012 were at private equity–acquired chains, and overall in the retail sector, private equity added only one new job for every eight jobs it destroyed.

The tax code’s preference for income from wealth rather than income from work also exacerbates historical and current inequities, enabling the richest families to pass wealth from one generation to the next without paying much, if any, tax. Yet our tax policies haven’t grappled with the aftermath of slavery, Jim Crow, and redlining. They haven’t reckoned with the effects of the decades that women were not able to own property or sign contracts, the ongoing gender pay gap, and the disproportionate burden of caregiving on women. Current tax policies are enshrining inheritance, and thereby dynastic wealth, in ways that disadvantage women and people of color.

What are some of the changes to the tax code that would make it more equitable and how do tax credits fit into this framework?

Our reports underscore why increasing taxes on the wealthy and corporations would advance gender justice on a number of fronts. We include recommendations around taxing capital like work, raising top marginal rates, restoring meaningful taxation on dynastic wealth, and fully funding the IRS enforcement.

Our long-standing interest in refundable tax credits as tools to advance economic, gender, and racial equity also led us to ask the question: What is the potential to build on these tax credits’ success and expand their impact?

Tax credits, such as the EITC and CTC, have a long track record of boosting the incomes of low- and moderate-income families and improving health, education and earnings. In contrast, inequitable tax provisions doubly disadvantage low-income families: first by excluding them from claiming the tax benefit (because their incomes are too low to either make a nonrefundable credit or itemized deduction meaningful, or to allow them to participate in the subsidized behavior), and second, by foregoing the revenue needed for key investments on the spending side. Our report shows how these policies produce harmful gaps in assistance in such areas as housing, child care, transportation, and post-secondary education.

Our report with Georgetown Center on Poverty and Inequality offers a guiding framework to lawmakers and advocates looking to reform these subsidies and leverage the tax code for equity. We ask: “What’s the best way to use tax incentives and direct spending together in a complementary way? When is a tax credit an appropriate and effective strategy and when is it undermining more ambitious proposals?” As policymakers put forth a flurry of tax proposals, our hope is that this framework will help provide guidance on how to craft them in a way that advances gender and racial equity.

What are some of the strategies for funders to consider in the context of building a tax code that increases equity for women and people of color?

The funder community has an important opportunity to foster these connections across the tax and gender justice movements. Resources that encourage the economic policy community to center gender and racial justice – and resources that help the women’s movement prioritize taxes as a gender justice issue – will only help to build this connective tissue and strategically grow the movement for an equitable tax code.

In addition, funders can resource the communities who have been impacted the most by inequities in the tax code. All successful progressive movements have been led by those directly impacted. Funding grassroots groups led by working people and resourcing partnerships between them and more traditional grantees will help build the power to make policymakers shaping the tax code as accountable as possible to the people who are feeling this pain the most. Research like that which is featured in these three papers is only the beginning. 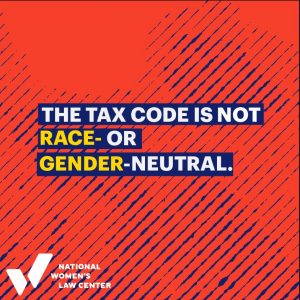