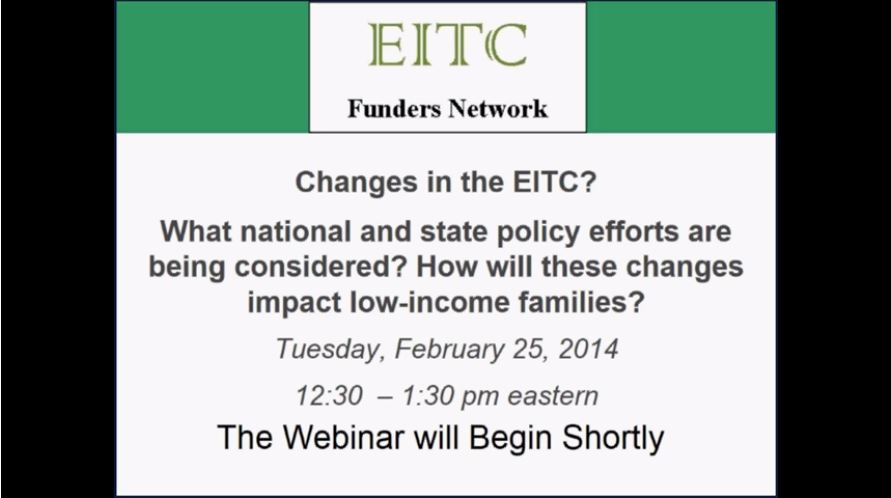 February 2014 - Changes Ahead for EITC Webinar

The Earned Income Tax Credit (EITC) is widely recognized as a critical income support for millions of low-income families. It has also proven to be a powerful tool for encouraging work among low income families. To date, the EITC enjoys bipartisan support and may even be expanded to include childless workers. What changes are being considered at the national and state levels? How would an expanded EITC to include single childless workers impact poverty in the US? How does EITC expansion efforts affect efforts aimed at increasing the minimum wage?

Erica Williams, Assistant Director of State Fiscal Research at the Center on Budget and Policy Priorities, and Debbie Stein, Vice President at The Hatcher Group, offered helpful information about policy developments related to the EITC.

And check out these related posts:

Strengthening the EITC Would Promote Work and Reduce Poverty